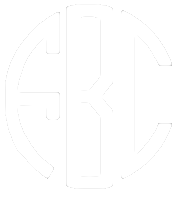 A Hart native, Pastor Dave grew up attending FBC from nursery, all the way until college. Over the years, God grew his passion for music and worship, and led him to attend MSU College of Music, where he graduated with a Bachelor’s of Music in 2015. During his time at MSU, Dave was deeply involved with a local college ministry, run through South Church in Lansing. It was there that God pointed him more clearly in the direction of education and worship, and he served as a college intern with their worship ministry for several years. This internship afforded him the experience and study of God’s Word in the area of worship that would become so central to his faith. After graduating, God opened doors for him to return to his hometown–something he never thought he would do–and in August of 2016 he both joined the FBC pastoral staff AND married his lovely bride, Krista. The two of them have one son, so far, named Elliot, and are thrilled to be on staff here in Hart. It is the desire of Pastor Dave’s heart to see every individual and family equipped to join in the great worship service around the Throne, someday!